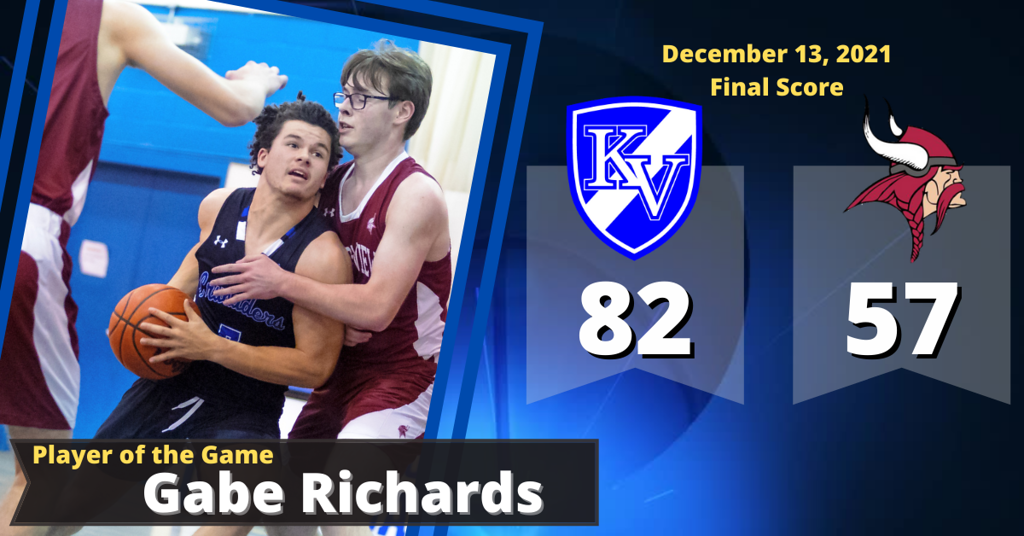 The Crusaders jumped out to an earlier first quarter lead using a full court press to force the Vikings into several turnovers. As the game moved in into the second quarter, the KVHS 2nd unit was able to build on the lead winning the quarter 19-13 for a 46-28 half-time advantage.

The Vikings were not about to roll over however. They came out of the locker room with their own full court defense which caught the KVHS starters off guard, forcing them into turnovers and rushed shots. The Vikings won the quarter 16-14 to cut the KVHS led to 66-44 after 30 minutes.

After several timeouts by the home team, the Crusaders were able to refocus to win the 4th quarter 22-13. Once again, it was primarily the KVHS 2nd unit that was able to rebuild the advantage.

The leaders for KVHS were:

Leaders for the Vikings were:

Like the rest of the province KVHS will focus on practice and perhaps some much needed rest for now. Hopefully sports will be able to resume in a coupe of weeks.