Crusader Shake Off the Rust 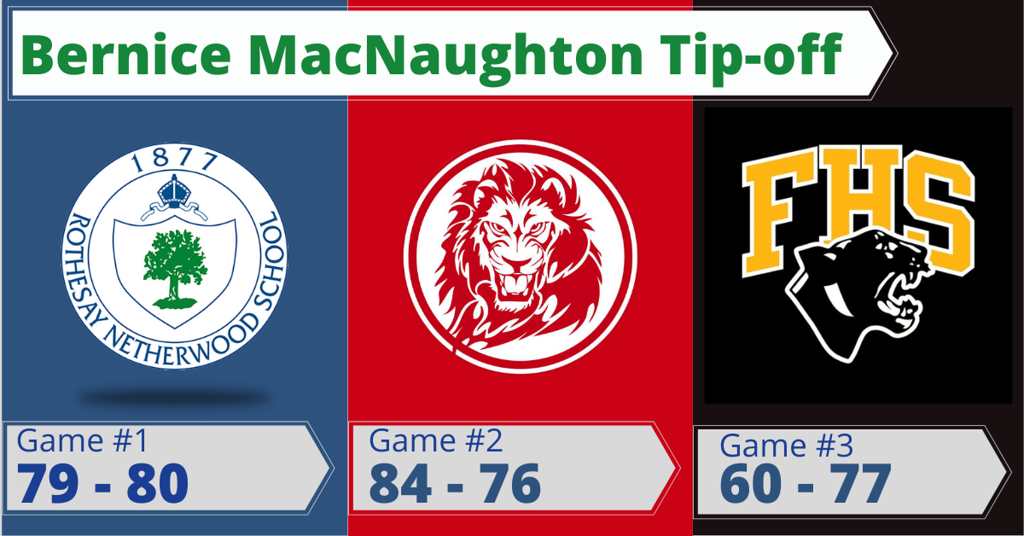 The KVHS Crusaders kicked off their 2021-2022 season by going 1-2 at the Bernice MacNaughton Tip-off Tournament this past weekend. It was the first time in more than 10 months, since January 4, 2021, that the senior boys team had played a game. It was also only the third time this season we had everyone available since the team was selected as several players were unavailable due to football commitments.

To say we were a little rusty would be understatement.

The weekend kicked off with a one point loss, 80-79, to Rothesay Netherwood Prep Boys teams. Despite the tough loss there were lots of positive takeaways for the team to build on. We were able to play everyone at least 5 minutes and got offensive contributions from 10 people. Most impressive was the play from our three sophomores Nick Hersey, Owen Arbeau and Jack Way. Nick and Owen showed they are ready to become elite defenders while Jack was the calm and cool point guard take charge of the 2nd unit. The Crusaders also welcomed back senior Cole DeFazio who was unavailable last season. Cole, who put up 27 points, was named player of the game.

The 2nd game of the weekend was an evening matchup with the Riverview Royals. The Royals jumped out quickly on the Crusaders, running their pick and roll offense to perfection. Even after we made some defensive adjustments the Royals were still able to nail some wide open three pointer whenever the Crusaders collapsed to protect the paint. In the 2nd half the Crusader did a much better job getting up on the shooters to pull away for a 84-76 win. The Crusaders player of the game was Nick Hersey while Adam Butler and Liam McKee lead the team in scoring with 24 point each.

The final game of the weekend was a Saturday morning crossover against Fredericton High Black Kats. Despite playing our third game in 18 hours, our guys battled hard for 35 minutes. Unfortunately our guys had nothing left for the last five minutes which allowed the Black Kats to convert a 5 point lead with a little more than 5 minutes remaining into a 77-60 victory. The Crusader were led in scoring by Adam Butler, Liam McKee and Cole DeFazio each with 11.

The Crusader will kick off their Southern Conference regular season when they host St. Malachy’s Saints on Wednesday evening. They then have a quick turnaround to play Woodstock at 4:30 pm on Friday at Leo Hayes for their opening game of the Lion’s Den Tournament.